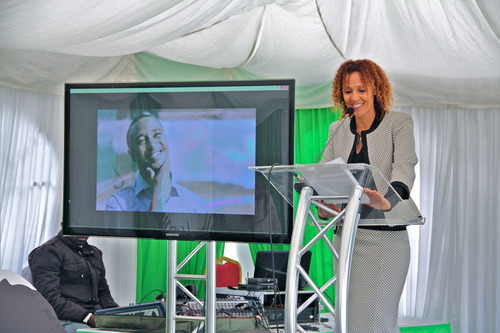 Su Kahumbu and the team behind Apps4Africa 2010 Winner iCow announced a new partnership with Kenya’s largest mobile telecom provider, Safaricom. The partnership will help iCow distribute its app to the 19 million people Safaricom’s network reaches everyday in Kenya. As part of the deal iCow is also being supported by a locally renown advertising firm and business consultants.

Su and iCow were winners of the inaugural Apps4Africa competition in 2010, the Civic Challenge, and have set the high standard of success that many other winners like Farmerline (2011 Winners) and SliceBiz (2012 Winners) have followed. iCow recently won the Vision 2030 ICT Innovation Award, was selected as a finalist in the Innovation Prize for Africa, and was named Best African Mobile App by Forbes Magazine. Founder, Su recently also gave this TEDTalk about her work:

Safaricom CEO Bob Collymore had this to say of the partnership, “Safaricom supports innovation across all sectors…and agriculture is one of the most important sectors in Kenya. This innovation will definitely move agriculture forward and Safaricom is happy to be involved in the development of this sector.”